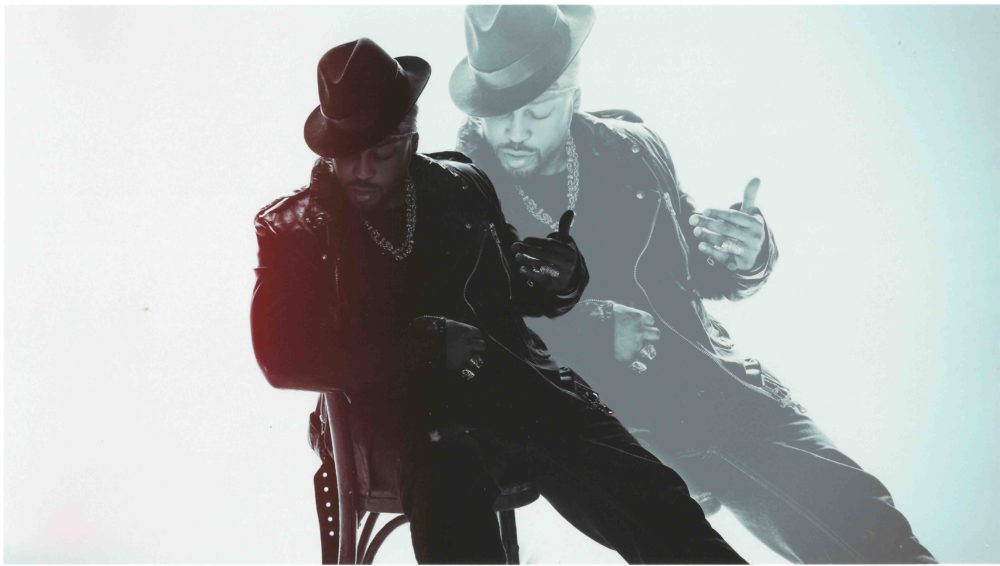 The legendary Neo Soul artist from the USA D’Angelo is here. The Grammy Award winning for the 4th time. The singer will be hitting the UK at the iconic Eventim Apollo in Hammersmith, London. D’Angelo is back in London after a few sold out shows 2015 in London and at the Roundhouse Camden. He will be back in London live for one night only exclusively on Tuesday 6th March 2018 in Hammersmith, Eventim Apollo. D’Angelo will be joined on stage by his own a team of all star band members. The all star band is made of Karriem Riggins, Jesse Johnson, Isaiah Sharkey and Pino Palladino, these guys have worked along artist like Prince, Kanye West, Paul McCartney, Common, John Mayer, Lalah Hathaway, Common and much more. Not forgetting some have worked with UK’s very own smooth Soul-king, Omar, whom had been famed for his chart stopping song ‘Feeling You’ featuring Stevie Wonder’, ‘Nothing Like This’, and ‘Golden Brown’ and as the opening act.

With D’Angelo Crashing into own presence and pioneering the Neo-Soul movement on his back in 95, releasing a debut album, ‘Brown Sugar’, which had sold over 300,000 copies and that was only in the 1st two months, not forgetting D’Angelo success to platinum status in the USA and hit a certified Gold here in the UK.

D’Angelo had also had much success with 4 top 10 Billboard chart topper singles that included the lead single ‘Brown Sugar’ and followed by singles ‘Cruisin’, ‘Lady’ and ‘Me and Those Dreamin’ Eyes Of Mine’.

With his 2nd album, titled ‘Voodoo’, broke many headlines and charts with his most commercial tract to date and which had been a controversial steamy video for the song, ‘Untitled’ (How Does It Feel)’, back in the year 2000, which had sold over 320K copies and this as only in its first week and then went on to sell 1.7 million records statewide, with had bagged D’Angelo the crown of the millennium’s heartthrob.
The magazine Rolling Stone had dubbed it the fourth best single of 2000. After
following a 14 year hiatus, the singer/songwriter D’Angelo had had been a lot of anticipation for his come back with his 3rd studio album titled ‘Black Messiah’ back in 2014 which went straight in the Billboard charts at no.1 and entered at no.4 on the UK RnB Album charts, rating it as one of the best albums of that year.

US star D’Angelo Released his Grammy Award winner 1st single from the album that was titled, ‘Really Love’, proceed from by some successful sold-out worldwide tours – Named ‘The Second Coming’ back in 2015. It’s certainty D’Angelo has firmly strengthen his place as the reigning king of Neo-Soul.

With over 20 years of shattering through with hits after hits, unparalleled solo success, also many collaborations with some of the world’s musical greats such as Angie Stone, Snoop Dogg, Raphael Saadiq, Q-Tip, Redman, Method Man, and Questlove (The Roots); the legendary soul star promise to return for another most anticipated concert of 2018 for a night of mind-blowing night you won’t forget with a list of iconic soulful classics.
Don’t get left out! Your full ticket info here! This concert you don’t want to miss!

Grab your tickets for this one off EXCLUSIVE show which starts from £38 and will be available to purchase from websites www.ticketmaster.co.uk, www.axs.com and www.eventimapollo.com on sale from now!