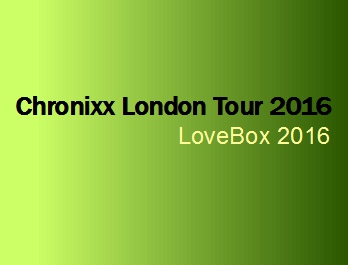 Chronixx London Tour @ Lovebox 2016 is a festival with tents designed to host over 10 thousands of lovers of all genres of good music will be heading down the East London’s Victoria Park for over 2 days of music. A part of Chronixx London Tour 2016 he headlines at this festival, his musical style is said to be Reggae Revival, and Dancehall. One of Chronixx most popular singles is “Smile Jamaica”
The Lovebox in 2002 was their very first but yet a somewhat smaller event.
Lovebox 2016 will have musicians from all around the globe with an all-round all star line up, also a lay-out of many activities and smaller-shows, and some of the worlds tastiest foods in the festival circuit, Lovebox 2016 is one of those festivals you don’t want to miss out on.