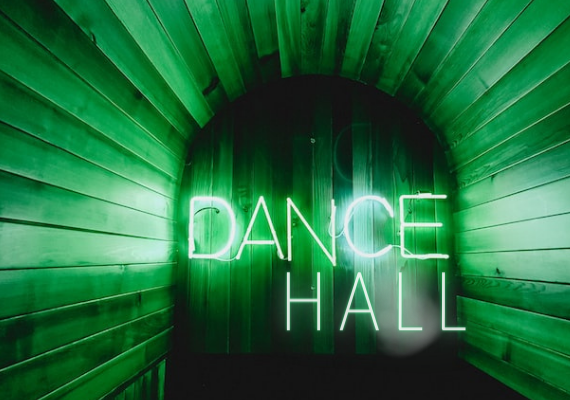 A Brief Insight Into Dancehall Music

Reggae’s rhythm-heavy offshoot of dancehall genre that is popular all around the world. Discover more important things the history, sounds, and key figures behind the subgenre.

Influenced Ska, mento, rocksteady, American R&B, & roots reggae have always been the musical genres that were particularly popular throughout Jamaica before the appearance with dancehall. So where does dancehall music originated from? Reggae and roots music mostly from 1970s gave rise to such Jamaican popular music genre known as dancehall.

The music being produced already by the musicians for dancehall and soundsystems saw a change in terms of both music and indeed the lyrical substance. Deejays had the chance to compete over other sound systems within Jamaica by using dancehall music soundsystems for stage events. It was created in the Jamaican dancehalls, also known as (dance-halls), which were also used for celebrations and nightclubs. Dancehall dance is a very energising dancing form that places a lot of emphasis on swaying the hips particularly your “booty.” The majority of the actions used in modern hip-hop videos are adaptations of well-known dancehall moves, namely the “dutty wine,” “willie bounce,” and “bogle move,” to mention a few.

Nonetheless, sound system;  The first sound system in the UK was founded by DJs including Sabastian, Johnny Osbourne, Coxsone Dodd, Duke Reid, Prince Buster, and Duke Vin. The genre originated in Kingston towards the late 1940s and was introduced here to UK through Caribbean immigrants in the 1960s. Each neighbourhood in London, Birmingham, and almost every city in the 1970s and 1980s. UK DJs increasingly construct their own custom home-made sound systems with high-powered amplification, multiple speaker stacks, and MCs who “chat on the mic” to produce music at a volume of 20–40,000 watts. Additionally, participating in Blues parties (usually in people’s houses for a little fee) was acceptable back then.

Dancehall singers like Sean Paul, Beenie Man, and Lady Saw to name a few received international recognition as a result of the genre’s massive presence outside of Jamaica, whereas pop performers recently like Drake and Rihanna also scored songs using the dancehall vibe.

Several of the greatest acts in dancehall rose to prominence in the 1990s, including Shabba Ranks and Bounty Killer. However, several singers, including Elephant Man, Buju Banton, Mavado, Capleton, and Lady Saw, the first lady of dancehall, likewise celebrated “rude boy” attitude like game play and recreational usage in their songs. Lyrics glorifying slackness predominated in their records. A surge of

female dancehall musicians like Sister Nancy, Lady Saw, and Lady G provided a counterpoint to such tunes. Some people will argue that the lyrics in dancehall are crude and uncensored.

These and other pop singers draws awareness to the dancehall vibrations that were currently popular after a flurry of dancehall-influenced tracks reached the top of the charts.

Dancehall is really a genre that not everyone embraces, yet it adds excitement and vibrations to any party. Any Dancehall party should include a great deal of sweating but also booty shaking. Be sure to wear dancing shoes and bring your positive energy!

Comment on your background and experience with this subject.

We featured numerous companies and selected hundreds of events and experts, mostly in the context of embracing Black Business success, whether of UK Caribbean or African heritage.

Copyright © 2023 BlackCentral.net, Energised with the love of Black Owned Business.