Why I Was Shocked, No Black People In Theatre. Here’s Why. 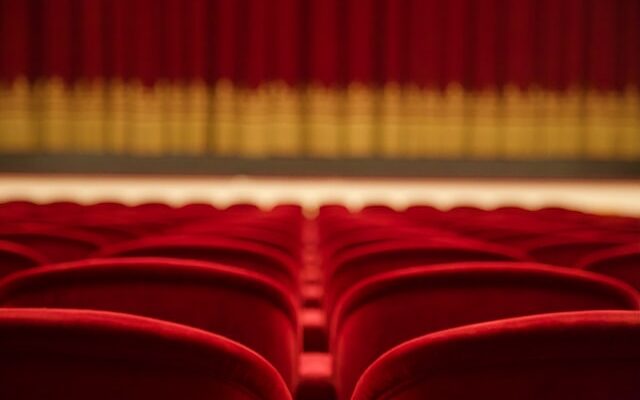 Moderator on 12 November 2022 No Comments

Why aren’t there more black people in the audience at musical theatre performances?

My wife and I just started going to various London plays, such as The Lion King London, Tina Turner Musical London, and Bob Marley Musical London. Their plots were all terrific with great connections to the real lives per each life story, as well as their acting plus singing were a fabulous mix that was outstanding. Thus every musical left us feeling as though we had seen something unique. A wonderful night out treat.

Brilliant in those box office records, and just a nice beginning for further black presence in major theatres in the UK.

The theatre industry in the UK has taken some measures to promote diversity, but there are still almost no black people in the audience at many musical theatre performances. Why aren’t more black people enjoying this form of entertainment? What can be done to encourage more black people to watch musicals? These questions and more will be explored as we delve into why there are so few black people attending theatre and how this phenomenon can be changed.

I can attest to observing the sea of white ladies in their middle age as I briefly glanced the audience at a theatre. There are not many black actors, but that is not the only reason for why you don’t see black people in theatres. The main reason is cost; tickets for London theatre tickets are really pricey, that most black families cannot afford them on a regular basis. The second is access; black families don’t have the same access to information about what’s going on with live theatre and performance groups in London, so they’re not able to find out when these events happen and what they’re about because they just don’t have the same connections. They also may not feel like they would be welcomed, either by the performers themselves or by other attendees. It might have been positive that we weren’t meant for the theatre. That attitude against theatre definitely exists. Many people experience discrimination, discouragement, or even underrepresentation throughout the theatre. Since it’s impossible to pinpoint a specific outcome, the tickets will remain mostly out of reach for most individuals on a normal wage. White privilege plays a huge role in this too: it influences who gets heard, whose stories get told, who has access to resources like education and employment opportunities and networking connections – all things that make it easier for white people to enjoy arts.

Racism in relation to theatre

Black people were not permitted to be seated in the primary area along with white people at the theatre. In segregation theatres, including cinema theatres, Black folks were instructed to seated in the balconies, in which the seating usually most distant from the show. This requirement persisted into the first part of the 20th century. Minstrel performances where known as a modern phenomenon that started mostly in 19th century. Those plays were created with white authors, and white actors portraying black performers presented them. Black and White Minstrel Show, which aired in the UK on the BBC from 1958 to 1978, perhaps the BBC’s most egregious omission to recognize into what harm it may potentially cause. The series cost the British public a fortune, but no Black person was ever seen onstage.

In those days the lack of black actors both onstage and in the audience is symbolic of how Black people are being erased and forgotten.

Theatre Is Overly Corny Or Unrealistic

Given that no one spontaneously breaks into song or begins dancing, individuals who detest musicals appear to think they are overly corny or unrealistic.
Not everyone can relate to the narrative through singing along. Some people would rather merely observe than be compelled to participate. You spend all that cash. The numerous heads that are swaying up and down when late individuals search for seats which becomes pretty annoying. The seating is not very comfortable so it makes you want to stay standing anyway. If you’re not a fan of standing on your feet for long periods of time then this just isn’t for you. Many times we end up being so restless that we’ll leave before the show has even started; too much is happening and you’re tired from all the moving around.

Missing from artistic portrayal, Greater diversity in theatres and on stages has sparked the creation of new plays, dialogues, perspectives, and black audiences. To end the use of national discrimination in theatre as well as incorporate black authors within the mainline arts, particularly theatres, cities were constructed to do. The theatres i attended above recently notably are working harder to increase diversity within the black community. They will not only provide a space for their theatre goers but also offer events that support the growth of those who attend such events. For example, Off-Broadway Theatre Company & Soho Rep are both launching initiatives with a mission to engage and educate diverse audiences while they perform.

It’s also tough for some black people to find work with theatre land because they can be discriminated against. Also, theatre can be expensive, but many theatres offer discounts for students or senior citizens.

However, it left me thinking about my first query, “Why haven’t I noticed many people of colour in the audience?” It really was barely a handful of individuals of colour!

So why aren’t many black people interested in this type of live performances? This is what inspired me to write this blog article today. If you have an opinion on why we are not seated, please share it here.

Have your say below in the comments.